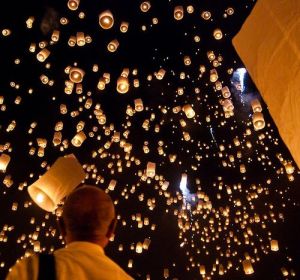 Freedom will be the ‘in’ word soon with Independence Day just around the corner. The Constitution of India has painstakingly ensured that each citizen or any person on the Indian soil is treated and tried for the actions he has done as an individual and not actions taken by a cult or mob that he is a part of.

If the nation as an entity can protect and consider us in an individual capacity, is it fair for sects – religious, or otherwise – to use this as a shield for their selfish motives?

People usually talk about freedom of speech, but fail to realize that by wagging their tongue incessantly about another’s affairs, they are violating another right of leading a life with dignity and liberty. Everyone enjoys a good gossip at the cost of the other, without realizing the implications voicing their opinion. So be it the person sitting in the next cubicle, or a celluloid actor, there is an urgent need for restraint.

Let us begin with ourselves as “Mahatma Gandhi” once said, “Be the change to want to see in the world”. We also need to voice and control our opinions about what we see and hear.

And keeping in mind the large scheme of things, the media should also curb its enthusiasm, since it has a far stronger reach and a more gripping effect on those especially, who are low on literacy. Depiction of certain incidents has been in very bad taste keeping in mind the general audience and they tend to have a very damning effect on those who are easily convinced. The media today have a gift of changing the ways we perceive the incidents that occur around us and thus they need to act more responsibly and respect the sensibilities of their viewers on the whole.

And like an age old idiom goes, live and let live…let that be the way we lead our lives, caring yet aloof about secrets which are not ours to share but a promise that one needs to hold on to.