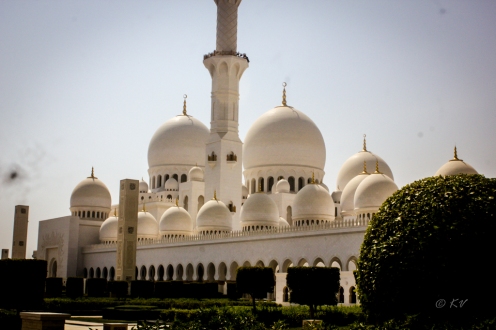 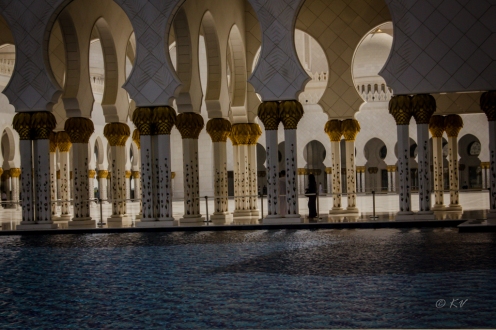 Sheikh Zayed Grand Mosque at Abu Dhabi, is the largest mosque in UAE. The holy shrine was initiated by the late president of the United Arab Emirates (UAE), Sheikh Zayed bin Sultan Al Nahyan, to unite the cultural diversity of the Islamic world with the historical and modern values of architecture and art. His grave is located at the adjacent complex. The design is inspired from Persian, Mughal, and the Alexandrian Mosque of Abu al-Abbas al-Mursi Mosque in Egypt, also the Indo-Islamic mosque architecture, particularly the Badshahi Mosque in Lahore, Pakistan being direct influences. The dome layout and floorplan of the mosque is inspired from the Badshahi Mosque. Its archways are quintessentially Moorish and its minarets classically Arab.

The mosque also houses a library in the northeast minaret, with publications on a range of Islamic subjects, including, sciences, civilization, calligraphy, the arts, and coins, including some rare publications dating back over 200 years. The collection has books in Arabic, English, French, Italian, Spanish, German, and Korean.

The Sheikh Zayed Grand Mosque has many special and unique elements: