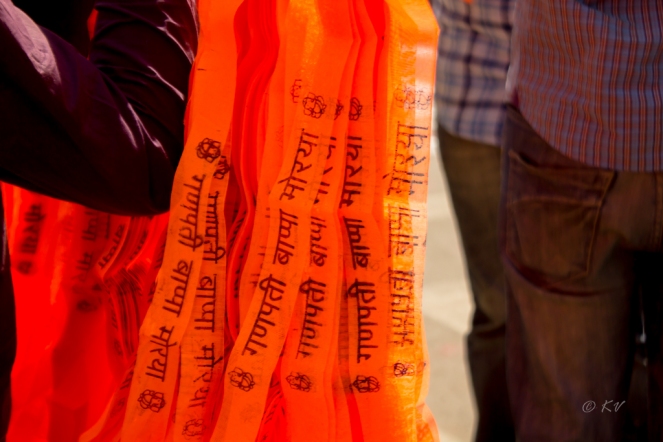 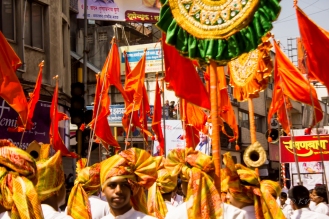 Pune is considered as the cultural capital of Maharashta. To see the city in its full festive glory you need to be there on the morning of Ananth Chathurdashi, or the tenth day of Ganesh Visarjan. With chants of ‘Ganapathi Bappa Moriya’, you will be greeted with the energetic beats of local bands called Dhol Tasha Pathaks. The atmosphere is very religiously harmonious and electric. The first five idols that set out for immersion are the local deities that are said to protect the perimeter of the old Pune city, which was the capital for Shivaji. The music becomes more contemporary as the day progresses, and festivities end with the visarjan of Dagdushet Halwai ganapati, also known as Punecha Ladka (the favorite of Pune).

Weekly Photo Challenge: A Face in the Crowd